Since the "Climategate" scandal broke at the end of 2009 there have been a number of enquiries set up to look at various aspects of the scandal. To that end if the first two to report back are any indication, the enquires are more of an attempt to tidy up the mess left by the scientists involved and absolve them of any wrong doing rather than examine any of the issues that were legitimately raised by the exposed emails and data. Journalist Christopher Booker looks at this in his article: Climategate: a scandal that won’t go away. (Any emphasis added is mine).

If you were faced with by far the biggest bill of your life, would you not want to be confident that there was a very good reason why you should pay it? That is why we need to know just how far we can trust the science behind the official view that the world is threatened with catastrophe by global warming – because the measures proposed by our politicians to avert this supposed disaster threaten to transform our way of life out of recognition and to land us with easily the biggest bill in history. (The Climate Change Act alone, says the Government, will cost us all £18 billion every year until 2050.)

Yet in recent months, as we know, the official science on which all this rests has taken quite a hammering. Confronted with all those scandals surrounding the “Climategate” emails and the UN’s Intergovernmental Panel on Climate Change, the political and academic establishments have responded with a series of inquiries and statements designed to show that the methods used to construct the official scientific case are wholly sound. But as was illustrated last week by two very different reports, these efforts to hold the line are themselves so demonstrably flawed that they are in danger of backfiring, leaving the science more questionable than ever.

The first report centred directly on the IPCC itself. When several of the more alarmist claims in its most recent 2007 report were revealed to be wrong and without any scientific foundation, the official response, not least from the IPCC’s chairman, Dr Rajendra Pachauri, was to claim that everything in its report was “peer-reviewed”, having been confirmed by independent experts.

But a new study put this claim to the test. A team of 40 researchers from 12 countries, led by a Canadian analyst Donna Laframboise, checked out every one of the 18,531 scientific sources cited in the mammoth 2007 report. Astonishingly, they found that nearly a third of them – 5,587 – were not peer-reviewed at all, but came from newspaper articles, student theses, even propaganda leaflets and press releases put out by green activists and lobby groups.

In its own way even more damaging, however, was the report from a team led by Lord Oxburgh on the scientific integrity of the East Anglia Climatic Research Unit (CRU). Two sets of evidence have been used more than anything else to drive the worldwide scare over global warming. One is a series of graphs showing how temperatures have suddenly shot up in recent decades to levels historically unprecedented. The other is the official record of global surface temperatures. For both of these, the CRU and the key group of top British and American scientists involved in those Climategate emails have been crucially responsible.

Lord Oxburgh himself is linked to various commercial interests which make money from climate change, from wind farms to carbon trading. None of the panel he worked with on his report were climate “sceptics”; and one, Dr Kerry Emanuel, is an outspoken advocate of man-made global warming. Even so, it was surprising to see just how superficial their inquiry turned out to be, based on two brief visits to the CRU and on reading 11 scientific papers produced by the research unit in the past 24 years, chosen in consultation with the Royal Society (which is itself fanatical in promotion of warming orthodoxy).

The crown jewels of the IPCC’s case that the world faces catastrophic warming have been all those graphs based on tree rings which purport to show that temperatures have lately been soaring to levels never known before in history – thus eradicating all the evidence that the world was hotter than today during the Medieval Warm Period, long before any rise in CO2 levels. Best known of these graphs, of course, was Michael Mann’s “hockey stick”, comprehensively discredited by the expert Canadian statistician Stephen McIntyre and Professor Ross McKitrick. But the IPCC was able to defend its case with the aid of another set of “hockey sticks”, based on different tree rings, produced by Mann’s close allies at the CRU.

The most widely quoted of the Climategate emails was that from the CRU’s director, Philip Jones, saying that he had used “Mike’s Nature trick” to “hide the decline”. If there was anything in the CRU’s record which a proper inquiry should have addressed it was the story behind this email, because what it highlighted was the device used by the CRU to get round the fact that its tree-ring data hopelessly failed to show the result the warmist establishment wanted. When their Siberian tree rings showed temperatures in the late 20th century sharply dropping rather than rising, the “trick” used by Prof Jones and his colleague Dr Keith Briffa, copied from Mike Mann’s own “hockey stick”, was simply to delete the downward curve shown by the tree rings, replacing them with late 20th-century temperature data to show the dramatic warming they wanted.

The significance of this sleight of hand can scarcely be exaggerated. Why, in using this misleading graph, did the IPCC not explain the trick that had been played by its leading scientists? If tree rings were so inadequate in reflecting 20th-century temperatures, why should they be relied on to reflect temperatures in earlier centuries? Why, when fresh Siberian tree ring data came to light, making a nonsense of the CRU’s earlier temperature reconstructions, did the CRU simply ignore the new data?

Anyone who has followed the meticulous analysis of this curious story by Steve McIntyre on his Climate Audit website might well conclude that we are looking here at a complete travesty of proper scientific procedure, matched only by the bizarre methods used by Mann himself to construct his original hockey stick. Yet these are the men, Mann, Jones and Briffa, who acted as the “lead authors” of the key chapters of the IPCC’s 2001 and 2007 reports.

They quite shamelessly promoted the rewriting of history produced by themselves and a small group of colleagues – the so-called Hockey Team – which the IPCC in turn used as its main evidence to convince the politicians that the world faces unprecedented warming.

Yet scarcely a hint of this hugely important story is contained in the Oxburgh report, which simply glosses it over, hoping to appease critics by throwing in a few vaguely critical comments about how Jones and his team were a trifle “disorganised” in archiving their data. It ignores the utterly damning critiques of the CRU’s methodology produced by McIntyre and McKitrick. It does not even begin to question the way the CRU has compiled its global temperature record, relied on by the IPCC as the most authoritative of all the official data sources for surface temperatures.

Yet this in turn has given rise to all sorts of controversies, not least when Prof Jones last year admitted that much of his data had been “lost” (following his repeated refusals of applications to see it by McIntyre and others). More damaging still was the charge by senior Russian scientists that, in compiling its global record, CRU had cherry-picked the data supplied from Russia, suppressing that from most of the country while retaining the data from the vicinity of cities which, thanks to the “urban heat island” effect, showed a warming trend. So even the accuracy of CRU’s temperature record has been called seriously in doubt, although one would never have guessed it from Oxburgh.

As is reflected in so many political tragedies, from Macbeth to Watergate, it is often not the original dark act itself which leads to nemesis but the later attempts to “trammel up the consequence”. Nothing will do more to reinforce suspicion of the CRU’s conduct than the failure, first by those MPs, and now by the team led by Lord Oxburgh, to address properly the way in which it appears to have abused the principles of true science – a scandal which should be of concern not just to us here in Britain, who paid for it, but across the world.

So many enquires so few real questions answered. Adding these two to the one by Pennsylvania University (by his peers) which exonerated Dr. Michael Mann it could be said that: Never in the course of human history have so many enquiries been needed to cover so many mistakes made by so few. Tom Sawyer would be proud. 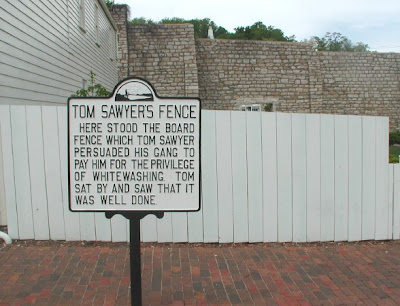