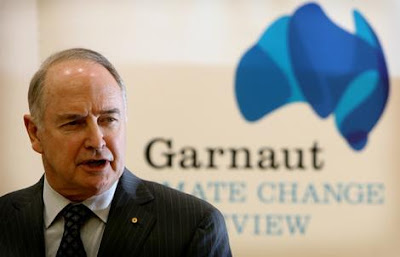 In March 2011, The Gillard Government wheeled out it's Climate Change expert (Economist- not Climate Scientist) Professor Ross Garnaut to talk in support of it's newly proposed Carbon (read Carbon Dioxide) Tax. He gave an interview to The Australian newspaper where he predictably claimed: Climate Change may be worse than feared. As part of those wild, typically alarmist and breathless predictions was this:
Posted by Climate Observer at 21.4.11