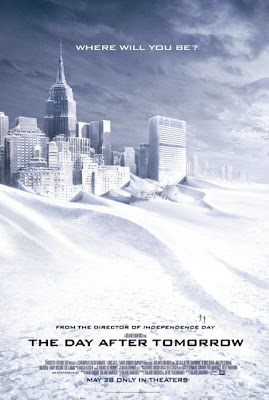 This is the scenario played out in the Hollywood film “The Day After Tomorrow”. Gore says “global warming” may shut down the thermohaline circulation in the oceans, which he calls the “ocean conveyor,” plunging Europe into an ice age.

“Analyses of ocean observations and model simulations suggest that changes in the thermohaline circulation during the last century are likely the result of natural multidecadal climate variability.

Indications of a sustained thermohaline circulation weakening are not seen during the last few decades. Instead, a strengthening since the 1980s is observed.”

It is now near-universally accepted that the thermohaline circulation cannot be and will not be shut down by “global warming,” and the film should have been corrected to reflect the consensus.

Gore says that in each of the last four interglacial warm periods it was changes in carbon dioxide concentration that caused changes in temperature.

It was the other way about. Changes in temperature preceded changes in CO2 concentration by between 800 and 2800 years, as scientific papers including the paper on which Gore’s film had relied had made clear.

The significance of this error was explained during the court proceedings, and was accepted by the judge. Gore says that the 100 ppmv difference between carbon dioxide concentrations during ice-age temperature minima and interglacial temperature maxima represents “the difference between a nice day and a mile of ice above your head.” This would imply a CO2 effect on temperature about 10 times greater than that regarded as plausible by the consensus of mainstream scientific opinion.