Alarmism and the IPCC 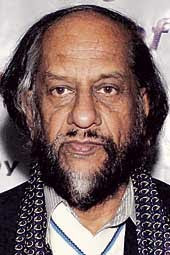 What of Dr. Rajendra Pachauri, chairman of the IPCC? (pictured top). Alarmism is almost stock in trade for them: (Emphasis added is mine)
“If there’s no action before 2012, that’s too late. What we do in the next two to three years will determine our future. This is the defining moment.”
On climate sceptics:
There is, even today, a Flat Earth Society that meets every year to say the Earth is flat. The science about climate change is very clear. There really is no room for doubt at this point.
On climate warming in 2008:
“We’re at a stage where warming is taking place at a much faster rate [than before]".
And in 2009:
..urgent actions are needed now, at least to stabilise the situation "before it becomes too late". "If we take immediate actions now, it will take years to reach where we should have been... Global climate change is not a fantasy of scientists and we already find ourselves in that"
On consuming meat Dr. Pachauri is a vegetarian and clearly expects everyone else to follow his lead:
So if you were to take into account the entire chain, the entire cycle of meat production and consumption, it’s hugely intensive in terms of carbon dioxide emissions. And therefore, I always say that if you eat less meat you would be healthier and so would the planet!
I think it would help the global community enormously, if we consume less meat. But I am only highlighting the fact that the entire meat cycle is very very intensive, in terms of carbon dioxide emissions. I would say Go Veg, Be Green and save our planet!
He is not alone in his alarmist opinions, also from the UN is special climate envoy Dr. Gro Harlem Brundtland who on May 10, 2007 declared:
...the climate debate "over" and added "it's completely immoral, even, to question" the UN's scientific "consensus”
So it would appear that this is a moral debate as well as a scientific based one. But as for the science there is to be no more debate because the alarmists have declared it to be "over". If you do consider debating it you will be vilified from the highest echelons as nothing more than" a flat earth society member". So much for the scientific process out of the IPCC.
Posted by Climate Observer at 24.8.09