Dr. Stephen Schneider (PhD - Climatologist, Stanford University. Closely identified with climate modelling at the National Center for Atmospheric Research (NCAR), Boulder, Colorado, USA.) has been at this alarmist caper for a long time now. During the Ice Age Scare of the 1970s, Schneider was one of it's foremost advocates. He published a book titled "The Genesis Strategy" at this time, warning of a coming glaciation, and wrote glowing a testimonial on the back cover of a popular `Ice Age' book of the time - (Ponte, Lowell. "The Cooling", Prentice Hall, N.J., USA, 1976), in which the author claimed that the climatic cooling from 1940 to the 1970s was but the precursor to the main event - the coming Ice Age. When that failed to come to pass he was quick to move to the global warming side of the fence and distance himself from his earlier predictions. (Emphasis added is mine)

"The rate of change is so fast that I don't hesitate to call it potentially catastrophic for ecosystems." TV interview in 1990 to Britain's Channel 4

“On the one hand we are ethically bound to the scientific method, in effect promising to tell the truth, the whole truth, and nothing but…which means that we must include all the doubts, caveats, ifs and buts.

On the other hand, we are not just scientists, but human beings as well. And like most people we’d like to see the world a better place, which in this context translates into our working to reduce the risk of potentially disastrous climate change. To do that we have to get some broad-based support, to capture the public’s imagination. That, of course, entails getting loads of media coverage. So we have to offer up scary scenarios, make simplified, dramatic statements, and make little mention of any doubts we might have. This “double ethical bind” which we frequently find ourselves in cannot be solved by any formula. Each of us has to decide what the right balance is between being effective and being honest. I hope that means being both.” Discovery Magazine (October, 1989, p. 45-48).
So according to Professor Schneider lying is perfectly acceptable by alarmists as it is simply a tool to get their message across. A theme willingly taken up by others since: 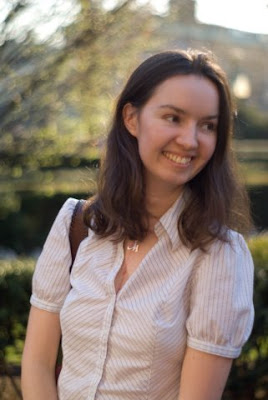 Such as Harvard University PhD candidate Monika Kopacz (seen above) who insists global warming scientists have a duty to lie:

It is no secret that a lot of climate-change research is subject to opinion, that climate models sometimes disagree even on the signs of the future changes (e.g. drier vs. wetter future climate). The problem is, only sensational exaggeration makes the kind of story that will get politicians’ — and readers’ — attention. So, yes, climate scientists might exaggerate, but in today’s world, this is the only way to assure any political action and thus more federal financing to reduce the scientific uncertainty.

Or Professor John Harte of the University of California, Berkeley(seen above) who believes biologists are not to be outdone by climate scientists:

“Biologists have essentially been pushed aside” in the global-warming debate, Freeman Dyson avers, allowing other scientists to create exaggerated climate models. On the contrary, we biologists have generated some of the most alarming findings about climate change. Our studies have shown that climate warming will result in melting perma­frost, warmer soils and oceans and forest dieback from fire and insects — conditions that further accelerate global warming.
Thus, delays in decreasing greenhouse-gas emissions buy us a more calamitous, inhumane future.
If they are so willing to lie in order to gain attention of the media, governments and funding then how can we possibly trust any of the data they supply? Which is spin and which is not?
Posted by Climate Observer at 24.8.09