As we saw in the section on An Inconvenient Truth another of the pieces of apparent misinformation be touted by Al Gore where he said:

".. because of “global warming”, mosquitoes are climbing to higher altitudes."

We found that neither claim was true as the figure above shows of the first one. Yet politicians like Climate Change Minister Penny Wong are still claiming with misinformation that the spreading of mosquito borne diseases is due to climate change caused by manmade CO2 emissions.

Professor Reiter is a specialist in the natural history and biology of mosquitoes, the epidemiology of the diseases they transmit, and strategies for their control. His research has included malaria, filariasis, dengue, yellow fever, St Louis encephalitis and West Nile encephalitis, and has taken him to many countries in Africa, the Americas, Asia, Europe and the Pacific.

He has spent 21 years as a Research Scientist for the United States Centres for Disease Control and Prevention (CDC). At present, he is a Professor at the Institut Pasteur in Paris, and is responsible for a new unit of Insects and Infectious Disease. He is a foremost expert in his field. 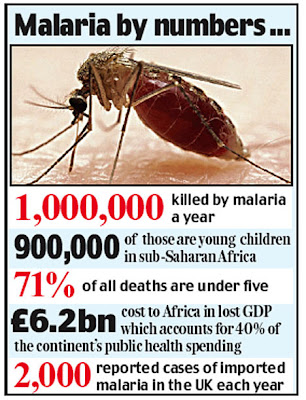 In his report he states:

…malaria is not an exclusively tropical disease, and is not limited by cold winters! Moreover, although temperature is a factor in its transmission (the parasite cannot develop in the mosquito unless temperatures are above about 15ºC), there are many other factors—most of them not associated with weather or climate—that have a much more significant role.

…The same goes for all mosquito-borne diseases —that is what makes them so fascinating—and even the climatic factors defy simple analysis. Thus, in some parts of the world, transmission is mainly associated with rainy periods, whereas in others, epidemics occur during drought. In some highland areas, the transmission is highest in the warmest months, whereas in others, it is restricted to the cold season.

He goes on to discuss the inadequacies of the various IPCC assessment reports on WORKING GROUP II. CHAPTER 18. HUMAN POPULATION HEALTH. Some key points are:

The scientific literature on mosquito-borne diseases is voluminous, yet the text references in the chapter were restricted to a handful of articles, many of them relatively obscure, and nearly all suggesting an increase in prevalence of disease in a warmer climate.

Moreover, two of the authors, both physicians, had spent their entire career as environmental activists.

The amateurish text of the chapter reflected the limited knowledge of the 22 authors. Much of the emphasis was on "changes in geographic range (latitude and altitude) and incidence (intensity and seasonality) of many vector-borne diseases" as "predicted" by computer models.

On the Third Assessment Report:

The third assessment report listed more than 65 lead authors, only one of which —a colleague of mine— was an established authority on vector-borne disease.

…My colleague and I repeatedly found ourselves at loggerheads with persons who insisted on making authoritative pronouncements, although they had little or no knowledge of our speciality.

..despite the improved quality of the Third Assessment Report, the dominant message was that climate change will result in a marked increase in vector-borne disease, and that this may already be happening. The IPCC message has been repeated in the publications of other Agencies, often with inaccuracies that appear to have their origin in the Second Assessment Report.

…Activist organizations, such as the World Wildlife Fund, continue to quote the IPCC statement that malaria can only be transmitted in regions where winter temperatures are above 16ºC. Several such organizations even claim that isolated cases of malaria in the USA and Canada during "particularly warm and humid periods" are compatible with the IPCC projections”.

See Penny Wong's claim about dengue fever at the end of this post to see words to that effect about IPCC projection compatibility/findings.

On the Fourth Assessment Report:

…one Lead Author is a "hygienist", the other is a specialist in fossil faeces, and both have been co-authors on publications by environmental activists.

In discussions with the IPCC on the selection process of its lead and other authors he found:

In all the rules that were quoted, there was no mention of research experience, bibliography, citation statistics or any other criteria that would define the quality of "the worlds top scientists".

The natural history of mosquito-borne diseases is complex, and the interplay of climate, ecology, mosquito biology, and many other factors defies simplistic analysis. The recent resurgence of many of these diseases is a major cause for concern, but it is facile to attribute this resurgence to climate change, or to use models based on temperature to "predict" future prevalence. In my opinion, the IPCC has done a disservice to society by relying on "experts" who have little or no knowledge of the subject, and allowing them to make authoritative pronouncements that are not based on sound science. In truth, the principal determinants
of transmission of malaria and many other mosquito-borne diseases are politics, economics and human activities. A creative and organized application of resources is urgently required to control these diseases, regardless of future climate change.

Again we see the IPCC rejecting the opinion of worlds leading experts in their respective fields in favour of those that will give them the desired pre-designed outcome. As Professor Reiter said a number of the authors of this section were nothing more than environmental activists with a medical background or were closely involved with environmental activists. However was the IPCC expecting to get an accurate and unbiased report. The simple truth is they weren't. The agenda was fixed and they were hired to produce a report that supported the predetermined outcome.

The next point is that this article was written in 2005, yet in January of 2009 Climate Change Minister Penny Wong was still promoting the scare that Dengue fever was likely to spread into Southern Queensland and Northern New South Wales due to Climate Change and "was consistent with IPCC findings."

Remember I said she would quote that saying in her rhetoric.

An Australian entomologist, however, suggested that any migration was more likely due to the uptake of rainwater tanks providing breeding grounds along the route than climate change.